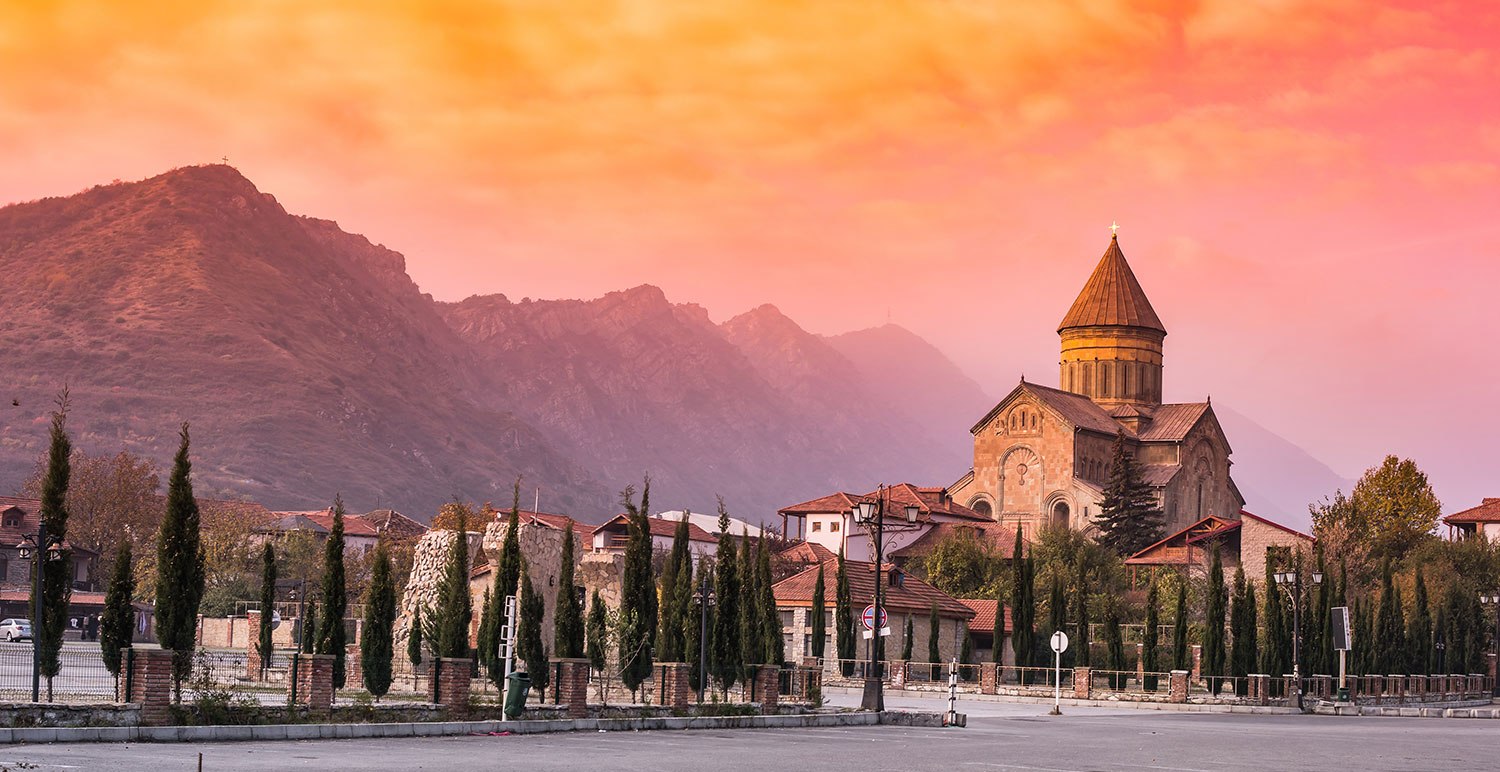 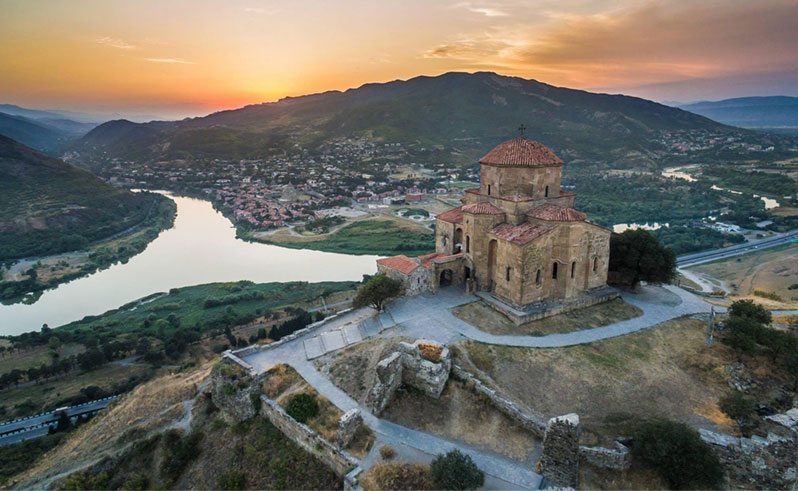 Jvari monastery:  It is a  Georgian Orthodox Monastery of the 6th century. Jvari Monastery stands on the rocky mountaintop at the confluence of the Mtkvari and Aragvi rivers, overlooking Mtskheta, which was formerly the capital of the Kingdom of Iberia.  Jvari was listed together with other monuments of Mtskheta in 1996 as a UNESCO WORLD HERITAGE SITE.

Svetitskhoveli Cathedral: Cathedral was built in the 11th century. Svetitskhoveli, known as the burial site of Christs mantle, has long been the principal Georgian church and remains one of the most venerated places of worship to this day. It presently functions as the seat of the archbishop.  It is listed as a UNESCO WORLD HERITAGE SITE.

Samtavro monastery: The first Christian King, Mirian and his wife Nana are buried in the church. The main building of the complex is the great church of Samtavro. The tiny church of St. Nino dates from the 4th c. In the North-west stands a handsome three-storey bell-tower of 13th c. The South-west buildings have functioned both as a nunnery and theological seminary of the Georgian Orthodox Church.

Shiomghvime Monastery:  It was founded in the mid-6th century after St. Shio, a monk who had come from Syria, estab­lished himself here. St. Shio himsetf continued to live alone in a little cave at some distance from the monastery, but spent the last two years of his life and was buried in a dark cavern. There are more than a hundred caves, north of the monastery, where monks had lived ever since the Early Middle Ages.